* In case of any delay in receiving the OTP, you may verify it later. Please proceed without verification.

Enter your City name or Pincode

Kirandul is a industrial city located in the Dantewada district of Chhattisgarh.It comes under Bailadila region which consists of twin township of Bade Bacheli and Kirandul. Bailadila has literal meaning as "hump of the ox", refers to the mountain peaks here that looks like the humps of an ox. This town has a NMDC colony, railway station, bus stand, Millenium Colony, a college and a Government Hospital as well. Its a complete township with all essetials in reach. Kirandul is popular as it is a part of the iron ore depository region of Chhattisgarh. 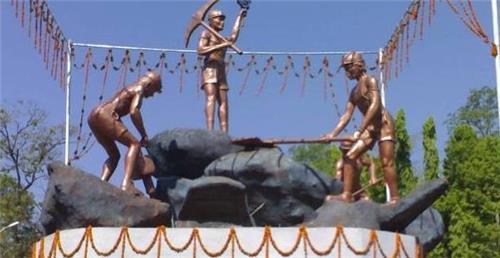 Prior to independence, Kirandul was a part of Bastar, a princely state. King Annama Deva who was the brother of Warangal's Kakatiya king Pratapa Rudra Deva brought prosperity to this city. The city was taken over by British in 19th century during which it was made a part of Central Provinces and Berar with the purpose of ease of administration. Eventually, on January 1, 1948, Kirandul was merged into Indian Union and it was made a part of the Bastar district in Madhya Pradesh. With the formation of new state Chhatisgarh in 2000,it was mande a part of Dantwada district in the state.

The Commercial history of Kirandul goes back to 1955-56 . The memoirs of Geological Survey of India, was carefully observed by Prof. Euemura of Japanese Steel Mills Association. He suggested that there is a vast deposits of iron ore near to Eastern Coast of India. In 1960, an agreement was signed with the Japanese Steel Mills after which an approval of the project report was prepared by NMDC in 1964 . The Mine Plant was then inaugurated in November 1968 which was built by National Mineral Development Corporation with help of Japan.The prominent rulers of Kirandul includes Kakatiyas, King Annama Deva, King Pratapa Rudra Deva and the British.

This industrial city is surrounded in northeast by Hyderabad district of Andhra Pradesh state while in the south it is surrounded by the capital city Raipur. Dantewada , the main district town is located 38 km away while Jagdalpur is located 124 km away. Kirandul region is basically a plateau with many small hills spread across it.

Kirandul has very mild summer and winter as well. Temperatures are not extreme during either season. However it rains heavily from June to October. The maximum temperature during summer is around 40 degree Celsius whereas minimum temperature during winter goes to 10 degree Celsius. The rains in this region are stormy and the hilltops are covered with dense fog and thick clouds and dense fog, thus reducing visibility.

Kirandul is very popular for its iron ore mines which is definitely not to be missed if you are visiting Chhattisgarh. The whole process of mining is quite interesting, however you need to take prior permission from NMDC to visit the mines. There is a dam known as Kadampal Tailing Dam which has been built for irrigation purposes and to supply power. The Dam area has many tailings also known as mine dumps, which are nothing but waste rock or ores dumped during iron ore processing. View around the dam is extremely beautiful and is one of the tourist spots in Kirandul.

About 12kms away from Kirandul there is Kailash nagar located on a ghat which is an extremely beautiful and picturesque place. You must visit Kailash nagar if you are in Kirandul. Kirandul also has two parks known as Millenium park and Ambedkar park where you can enjoy your evening walk and relax with nature.

Administration in Kirandul is taken care by the Kirandul municipality of Dantewada district. This municipality has been segregated into 18 wards and every 5 years there are elction held for it. This municipality administers over 4,638 houses and provides them with basic amenities like power, water and sewerage. It is also authorize to build roads within Municipality limits and impose taxes on properties coming under its jurisdiction. The address and number of municipal council in Kirandul is listed below.

The economy of Kirandul is largely dependent on the iron ore mines in this region. These mines are run by 'NMDC', and they are equipped with hi-tech machinery and latest technology. This richest concentration of iron-ore in world is spread across a a width of about 10 km and length of 40 km, mostly along the top of hill. About 1200 million tonnes of high grade iron ore is spread across 14 reserves that have been discovered. Of these, only 3 are being mined. NMDC developed the entire area of Kirandul and brought it to the mainstream of civilisation. The iron ore mined here is of world best quality with hard lumpy ores having +66% iron content which is free from sulphur and other detrimental material making it apt for steel making. Most of the people here are involved in mining in one way or the other.

Bastar region along with Kirandul, has been the place where the aboriginal people like Mama-Muria belonged for a very long time. The prominent language used here is Hindi along with English and Chhatisgarhi. The Local Dance of Kirandul includes Panthi which is a famous folk form. The songs played during this dance reflects view of Nirvana and thus spreads the spirit of their Guru Ghasidas renunciation. Other two styles of narration in Pandavani is known as Kapalik and Vedamati. Another folk dance, Raut Nacha is performed by cowherds on the 11th day after Diwali. Suwa is a tribal dance where performers sing and dance along with moving around and clapping. Handicrafts sold in Kirandul is made by the local craftsmen and includes many antique gift pieces, tribal jewelry and wooden articles which are all available for extremely low prices. 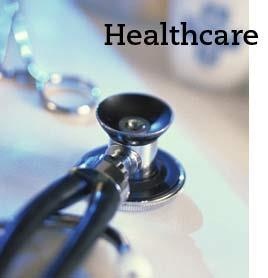 The quality of life in Kirandul is pretty good with government taking all measures to help the locality settled there. The healthcare facilities available here is brilliant with the Government Hospital taking care of all the requirements. This hospital is sponsored by NMDC and thus all the NMDC employees gets free medical attention along with their family. The tribals belonging to this area are also providing free treatment. This hospital is well equipped with latest medical infrastructure and gets upgraded very frequently by the government. There is a railway hospital located in Kirandul , the address of which is mentioned below.

Kirandul is developed mainly by NMDC, however it is yet to develop a lot in terms of emergency services. Kirandul only has a police station and few medical stoes.Other important emergency services like a fire station, ambulance services, blood bank etc is not available in Kirandul. You need to visit the nearest city to avail these services in case of emergency. The address of the police station and medical stores in Kirandul is listed below.


Utilities and Services in Kirandul

Kirandul has basic services available needed to sustain a good life. Kirandul has a post office whch helps you to connect to entire country. Not only this, these days post offices are coming up with many savings schemes which can help all the locals. Kirandul has a petrol pump and two banks which is State Bank of India and UCO bank. The presence of these banks help in smooth financial transactions in and out of Kirandul. The address and contact of the bank is listed below along with their Ifsc code, micr and branch code. 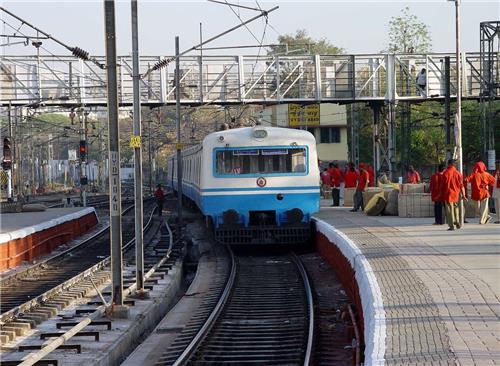 Kirandul is one of the important commercial cities of Chhatisgarh and can be reached by air, rail and road. Kirandul does not have a airport of its own, however, Raipur Airport which is about 385 kms away is the nearest airport to this city. Raipur is connected to most of the major cities such as Mumbai, Delhi, Ahmedabad, Bhopal and Hyderabad. You can then hire a local taxi to reach Kirandul for which they charge about 7-10 Rs per kilometer. Kirandul belongs to the East Coast Railway line and is considered to be the record high Broad Gauge line in India. It is a terminus station on the rail line from Topokal. However, Koraput Junction is a major railway junction located 154.6 km away from Kirandul.You can then hire Metered taxis, buses and autos to reach Kirandul.There are many buses run by CSRTC from various parts of Chhattisgarh state to Kirandul. Thus, you can reach Kirandul by bus as well.

Kirandul at a glance

Comments / Discussion Board - About Kirandul